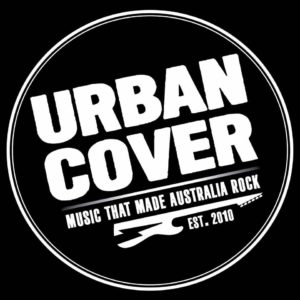 Urban Cover is a four-piece cover band hailing from Adelaide’s northern suburbs since 2009. Urban Cover plays the classic songs throughout the decades to present day. They are fun, energetic and professional outfit that love to entertain.

Urban Cover was formed over a few beers between Garry and the original drummer Chris Duffield, some years ago on the banks of the Murray River. After a few line-up changes and many, many  name changes Urban Cover has evolved to the band it is today. Urban cover has worked determinedly to create a showcase of classic songs that is guaranteed to entertain all ages of live music buffs.

Urban Cover prides itself on being a community-orientated band and has enjoyed high level of success assisting notable charities to raise money, such as the Relay for Life cancer fund and the Queensland Floods victims in 2011 and many others. Urban Cover prides it self as being one of Adelaides hardworking band, alongside regular gigs around Adelaide’s pubs, clubs and private functions, the charity performances and taking into account each band member’s collective years of experience prove undisputedly that Urban Cover can entertain the masses.

Urban Cover plays for the love of music and to entertain people! So whether, it’s a large venue or a quaint small pub Urban Cover are more than happy to cater for any special event to any reason for a celebration.

We of Urban Cover thank you for reading about us and we look forward to perform at your next function.

ON DRUMS & VOCALS: Michael Glynatsis – Michael is Urban Cover’s newest member. Michael is experienced in his own right and is proficient in many musical genres and styles. Within a short time Michael has three invaluable traits he brings to any situation: musical versatility, razor-sharp instincts, and refined, but inspired technique.

ON RHYTHM GUITAR & LEAD VOCALS: Kirk Turnbull – Having travelled extensively around Australia and the United Kingdom kirk brings the soulful, rock and blues out within the band along with his front man antics, he completes the line-up to make Urban Cover a fun, entertaining party band! 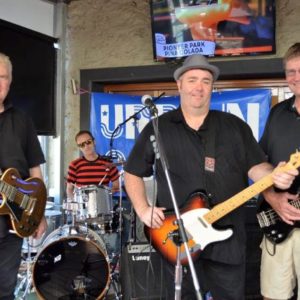 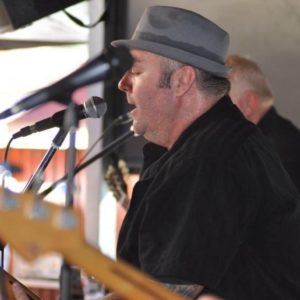 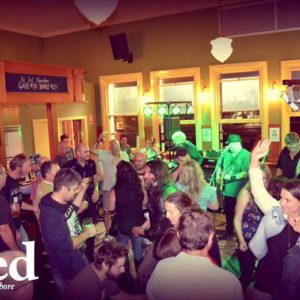